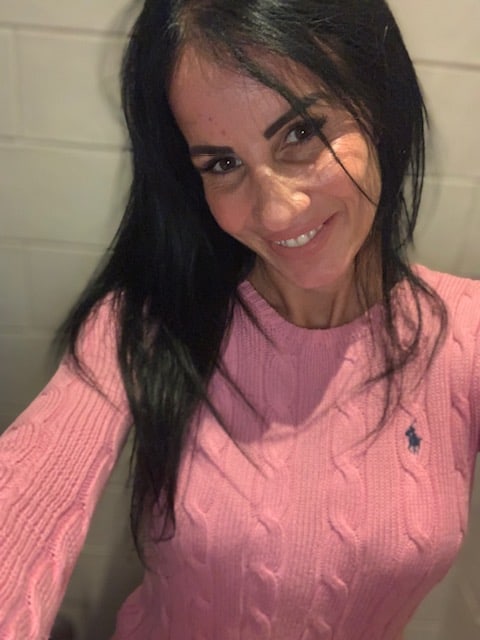 We all have ‘mental health’… For some of us, it’s good.

For others, it’s horrific ….

And somewhere in the middle, there’s the balancing act…..

But we can’t see it. There’s no visual signs.

We may think our life is going well, we may have seen, heard or experienced events that we have dealt with or think we have dealt with…. But.. one day.. the scale can tip in the wrong direction. Sometimes without warning, and our lives are turned upside down.

For me, I used to be ‘ok’…. High functioning. Good social life. An income. A house. And children.

My mood could fluctuate from time to time, who’s doesn’t. Nothing presented as unusual or concerning.

I worked alongside the police and services in reducing anti social behaviours in youths, by creating opportunities to give them hope of a future away from crime and disorder.

I eventually met a man who became my partner. We stayed together for 7 years and had 2 children. I thought we were happy, I thought he was the absolute one. He accepted my daughter from a previous relationship as his own, I got on great with his family, the relationship didn’t appear at this point to have any red flags.

Until the day I got pregnant with his baby.

To this day, I don’t know what changed for him. But he became aggressive, jealous, violent, angry, unable to please and very manipulative.

I would have left him, but I was pregnant. Trapped. And from that day on, my life would never be the same again.

Despite endless claims he would change, that we could make this work, he got worse.

How I managed another 5 years of this horrendous toxicity is anyone’s guess.

I tried to leave many times. But he’d convince me I was overreacting and I shouldn’t break up the family.

Leaving an abusive relationship isn’t as easy as just packing a bag and going. You have nothing left, no self esteem, no worth, I literally had no possessions or money of my own. I actually didn’t know how I could survive without him because he’d turned me into a shadow of my former self.

I’d had to sell all the things I came to the relationship with, he wouldn’t help with the children so that I could work more hours, he barely let me leave the house unless he was present.. so how could I ever leave him.

I used to sleep in a bed with all 3 children, no one ever visited the house. He wouldn’t even let me go for a smear or near a health professional.

I was so afraid I’d die at his hands, I’d lay clothing traps along the floor at night so that if he came in the room, he’d trip up and the noise would wake me.

I had a friend who would text every single night because she thought he would kill me. If I didn’t reply she’d panic. But if I was on my phone ‘too long’, he’d go nuts.

Things only changed for me the day he tried to strangle me in front of my older daughter whilst I was breastfeeding my youngest child. My oldest daughter became very protective of me after that and he started to turn on her both physically and emotionally.

I can’t to this day remember how I left. But I did.

Throughout the relationship, I managed to somehow hold myself together mentally. I wasn’t diagnosed with anything and I didn’t feel depressed that I remember.

But even after I left and set up home with the children, he still had access to them and he continued to harass me, accuse me of dating (we weren’t together but I still wasn’t allowed in his book) and he was still very very controlling.

There isn’t the time to mention all the things he did, but eventually I just couldn’t cope with it any longer. He was making my life a living hell.

I started with anxiety, scared to leave the house, afraid of the world. I could barely walk a mile to the local shops. Panic attacks kicked in. I constantly thought I was dying. I had so many ECG’s because I thought my heart was going to stop due to the amount of palpitations I was getting.

I could barely function. I went to see a GP eventually, but it was too little too late.

One day, I went to work. I literally performed a full 10 hour shift, I stopped off at the local shop, bought boxes of paracetamol, a craft knife and a bottle of wine, and without even knowing what I was going to do myself because I hadn’t made a plan, I drove to a random hotel in West Yorkshire, booked in, paid cash and never went home.

I wasn’t aware I had been reported missing when I didn’t go to pick the kids up after work. Within 5 hours the police had tracked my car and phone signal to the hotel in West Yorkshire and at 11pm that night, they banged the door down to find a heavily blood stained bathroom, a near hanging and a female overdosed.

That person was me.

I was blue lighted to hospital and after treatment, I was sectioned.

I didn’t have a clue what any of it meant. I hadn’t even caught up with my actions myself.

But I spent 26 days in an Essex hospital, because it was New Years and there were no beds in the whole of Yorkshire.

Sadly, because of the system, I didn’t get any treatment. I was in a holding hospital to keep me safe until a bed became available in Yorkshire, which never happened.

A section 2 lasts 28 days and the hospital had no option but to release me.

However, I was released back to a world I didn’t leave behind. Covid had landed.

I know the pandemic hit us all hard, but to be cocooned in a hospital and then try to catch up to this whole new world was so difficult.

Not only that. Social services had deemed me too unwell to be re-united with my children and due to Covid they’d been placed with a relative (thankfully) and the only contact I got, was 3 FaceTime calls a week.

I spent the next few months trying to muddle through.

In some ways, everyone being apart from their families too, sort of helped. But in other ways, I wished to god that I’d been isolated with my children and got to spend all that time with them.

The isolation, not working, having no social group, mental health services not offering face to face apts, no therapy groups running, only occasional telephone contacts and catching Covid myself, eventually took its toll and I decided again that I didn’t want to be part of this world.

I made another more serious attempt.

I went to a bridge after taking around 90 paracetamol, cut my arms again and climbed over the barrier.

I literally spent about 10 minutes counting cars and lorries before I started to feel unwell and nauseous from the amount of tablets I’d taken.

I didn’t even notice that the traffic had stopped and that a police traffic officer had climbed up the banking to the bridge and introduced himself.

I cried and cried and cried, he listened whilst I sobbed out why my world had ended and what I could no longer face and he held my hand whilst telling me that no problem was insurmountable and that there’s always people to help with issues that we face.

Eventually he coaxed me back over the bridge with the help of other officers who had come to the scene and I was once again taken to hospital for treatment.

I was put on a S136 whilst officers sat talking through everything with me. It was at this point I learnt that despite them coming once again to my rescue, that they also have lives that cause them to have mental health issues, and that in the past, a couple of officers had also taken overdoses or ended up on anti depressants as a combined result of personal problems and dealing with the issues they faced on a daily basis.

I was too unwell to truly acknowledge it at the time, but the words went in and I realised that one day, I would return my gratitude for what may, at times have felt like thankless conversations or constant responses to my ill health in some way.

I didn’t know what way. But I knew I’d find one.

My family issues aren’t yet resolved. And I still suffer badly with my mental health.

But, I’m functioning. I’ve kept hold of many comments and statements and conversations that I’ve had with the police and I decided in August 2021 that I wanted to help those that have helped me.

And that have, and do, help so many more people without a second thought.

The uniform doesn’t make anyone exempt from mental health issues. I completely appreciated the openness of some officers who made me feel that I wasn’t alone in struggling at times.

Now I want officers to know that if they’re struggling right now, they’re also not alone.

It’s not a weakness to struggle on. If anything, it shows huge strength because someone who can carry on serving the public whilst they fight a private battle is damn tough.

It’s ok to reach out and share that load with someone else. I know how quickly and how suddenly mental health can flip.

Remember the first time I attempted suicide – I did a full 10 hour shift at work. No one knew what was going to happen merely hours later- not even me!

You’re already heroes. You’ve saved more lives than you’ve lost. Now it may be time to save your own life.

The first step is always the hardest. Because that step you have to do by yourself.

But the second step, you get to take with someone holding your hand. And you don’t have to be alone again.

The Thin Blue Line can, with funding bridge the gaps in getting help for officers where that help isn’t readily available on the NHS.

The system, especially post Covid, is under funded, under staffed and has huge waiting lists for treatments.

That’s why charities such as The Thin Blue Line are invaluable. Because they can get the information, sign posting and help to those who need it quicker.

The first event is London Marathon 2021.

I found during lockdown, that running was a massive coping mechanism. It was a chance to zone out, to tire myself out to reduce destructive behaviours and it was also thinking and processing time.

The next event will be something I have never ever attempted before. So will be an enormous challenge.

It’s a leg of the SAS selection course in Breacon Beacons, tabbing with a fully loaded Bergen, up Pen Y Fan and down Jacobs Ladder before returning up Jacobs Ladder and down Pen Y Fan.

Soldiers have died on this course. Only around 200 enter this challenge and many don’t even make it to the start line because of the enormity the terrain, weight and danger it presents.

My thinking is…. if I can attempt suicide more than once and survive. If I can escape 7 years of abuse… and if the police service can go to work every single day with the risks they face… surely, I can do this….

The future remains to be seen. But you have to be here to see it.